What more can we say?

Left Monterey and headed North to Silicon Valley where we managed to get lost and then have a drive around the massive headquarters of Facebook.  We stopped and were about to visit the Epic Cafe for a coffee break and were politely informed that the cafe was only for staff and invited guests.  Fair enough; but no ‘like’ button.

It was then back onto the 101 and North at between 70 and 80 miles per hour, along with 3 and 4 lanes of traffic with everything going wonderfully until we hit traffic just South of the city and then spent an hour crawling into town.

Luckily Lynette had Google maps happening via 3g and iPad and we were able to get to our AirB&B logt only fractionally late.  This place is lovely, and we’ll be here for five nights! 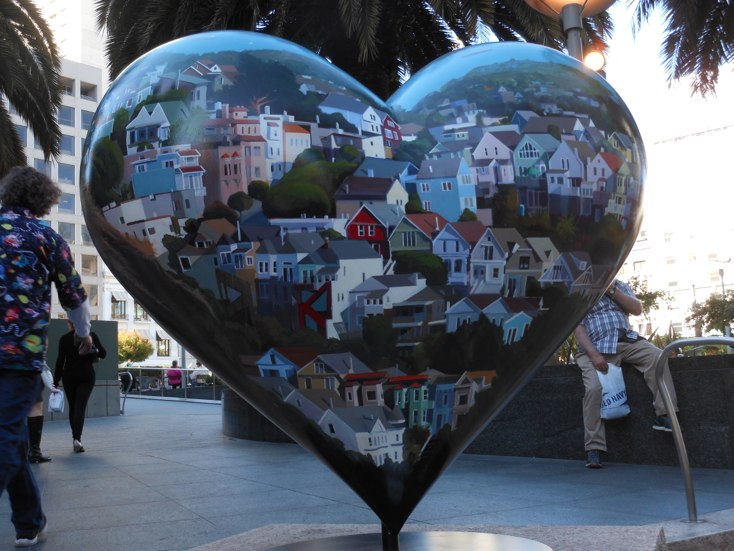 So, much more to come, but, in the meantime; the installation at Union Square, where we stopped to enjoy some live music courtesy of the summer solstice celebrations says it all.